What can we learn from the 2021 financial results?

The latest set of insurer financial results make for an interesting read, with a post-pandemic boost leading many to report improving fortunes, particularly in commercial lines.

Aviva stole the headlines with a 15% jump in UK commercial gross written premium (GWP) as it reached its “highest sales in over a decade” with total GWP of £8.8bn – almost £5bn of which came from the UK.

The insurer also reported an improved combined operating ratio (COR) of 92.9% for 2021 – a 3.9 percentage point improvement on the 96.8% reported a year earlier, with UK and Ireland boss Adam Winslow attributing much of this improvement to the “success” of the insurer’s commercial lines business.

Like many others in the market, Aviva has also benefitted from a reduction in Covid-19-related claims.

The insurer will have been buoyed by these results, with group CEO Amanda Blanc making significant strides since joining the business in January 2020, including the sale of eight businesses worth a total of £7.6bn.

This has made Aviva a much more streamlined and manageable beast, and allows the insurer to focus on its core markets in the UK, Ireland and Canada where it has an incredibly strong – if not market-leading – presence.

AXA has also benefitted from a post-pandemic boost, with the insurer’s UK and Ireland COR improving to 95.6% for 2021, down from 96.2% a year earlier.

The insurer said its commercial lines revenues rose by 5% over the course of the year, mostly down to “favourable price effects” as rates continue to rise.

Across the group, the non-repeat of Covid-19-related claims knocked a total of 3.9 percentage points off the insurer’s loss ratio for a group COR of 94.6%.

The improvement in the insurers AXA XL division was even more marked, with the division returning to underwriting profitability with a 94.9% COR, down from 113.3% for 2020.

From July 2022, AXA UK and Ireland will also be buoyed by the acquisition of the renewal rights for Ageas’s commercial lines business, which specialises in the SME and Schemes market, and the insurer will be looking to make similar improvements to this newly acquired business.

Ageas, meanwhile, will now be able to focus on developing the “heartland” of its business, as UK CEO Ant Middle describes it, namely intermediated personal lines business.

The insurer reported profitable underwriting results across both motor and home insurance, with CORs of 93.6% and 98.4% respectively for 2020.

Ageas’s other lines of business (including commercial lines) reported an underwriting loss in 2021 with a COR of 101.8%, although this was still an improvement on the 105.7% achieved for 2020.

The insurer’s renewed focus on personal lines is already paying dividends, with the insurer announcing 100,000 additional customers in its chosen markets, as well as new panel partnerships with Sainsbury’s Bank, Co-Op Insurance, Marmalade and GoShorty.

Meanwhile Admiral, another personal lines specialist, reported a 28% increase in profits from its UK operations to £894.0m for 2021.

This improved performace was underpinned by increased reserve releases from prior years as well as increasing profit commissions from its co-insurance arrangements, with the insurer still benefitting from the more profitable motor business it wrote in 2020 in the wake of the Covid-19 pandemic.

Delve under the surface, however, and things may not appear quite as rosy.

The insurer's total premiums climbed by 3.4% over the course of the year to £2.5bn, but the number of policies in-force grew by some 7.7% – this means that the insurer's yield (or premium per policy) actually fell to around £381 in 2021, down from £397 for the previous year.

Despite this improvement, the insurer experienced a slight drop in in-force policies, while overall GWP also fell by 0.3% over the course of the year.

This also led to a drop off in instalment and other income of 9.5%, with the insurer bringing in a total of £144.0m from instalments and other operating income, down from £159.2m for 2020.

Despite the favourable developments for many over the last 12 months, the future still holds a sizeable amount of uncertainty.

The war in the Ukraine will hit commercial lines insurers hardest – offsetting some of the improvements seen from subsiding Covid-19 claims – with sanctions against Russia expected to have a big impact on those operating in the Lloyd’s and London Markets.

The conflict is also adding further inflationary pressures to an already strained market, with many insurance booses citing inflation as one of the biggest challenges they will face in 2022, particularly when it comes to the cost of claims.

But it is not only the cost of parts that are pushing up loss ratios – sustained supply chain issues arising from the dual impact of the pandemic and the UK’s departure from the European Union continues to dog insurers.

Larger players will look to their size and buying power to deal with both of these cost pressures, while emerging insurers will seek refuge in their lack of legacy systems when it comes to managing efficiencies and embracing new technologies.

Personal lines players are also only just getting to grips with the impact of the FCA's new General Insurance Pricing Practices (GIPP) that has banned price-walking and seen new business premiums in the home insurance market climb to record highs.

This creates a swathe of new market dynamics for insurers to grapple with, which will undoubtedly result in new strategies, new products, and possibly even the entry of new players into the sector.

So while these results on the surface will give many in UKGI a cause for optimism, there are still a number of external factors that will give industry leaders many a sleepless night over the coming months.

Keeping on top of competitor strategies and the latest market developments will therefore be essential, and it will be those insurers that keep their fingers on the pulse of this rapidly changing market that set themselves up best for the next round of annual results for 2022. 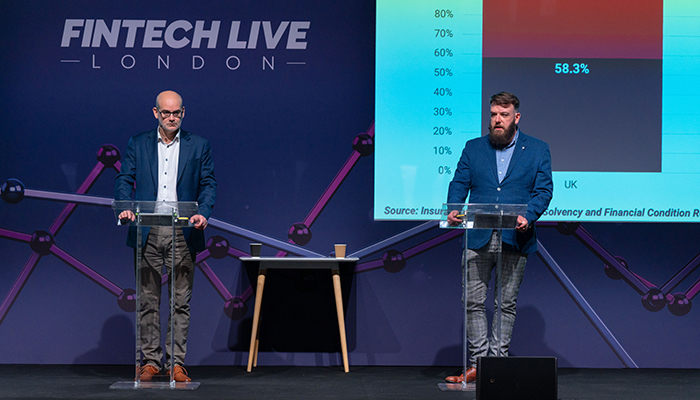